What It Means If You See Someone With A Semicolon Tattoo 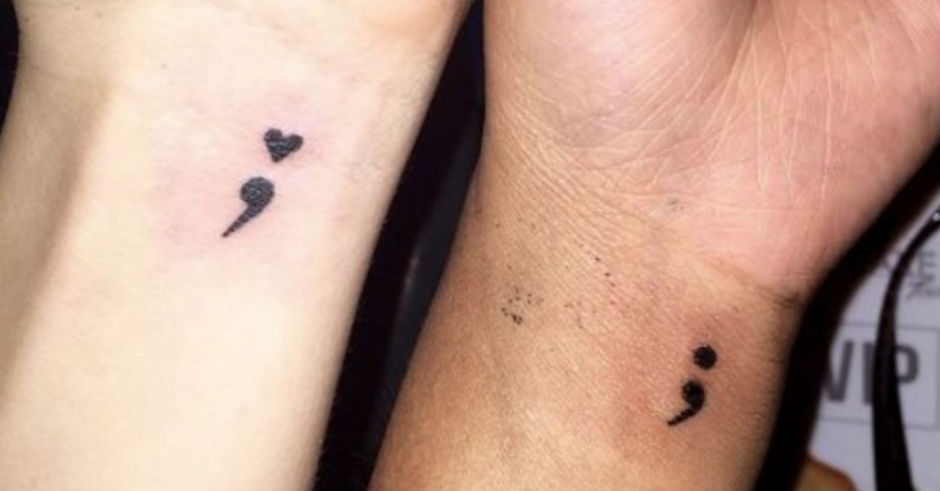 There have been pictures circulating around social media that have shown people with semicolons on their wrist. However, the people with the drawings of semicolons on their body are doing a lot more than just showing off a punctuation mark. They are raising awareness about a serious issue. Amy Bluel is the founder of Project Semicolon.

She lost her father in 2003 after he committed suicide. The purpose of Project Semicolon is to restore confidence and hope in people who have suffered from self-harm, depression, addiction and suicide. This organization encourages people to draw a semicolon on their wrist. The semicolon illustrates that the difficulties that one is facing are not the end.

Amy hopes that her non-profit organization will shed light on the seriousness of mental health issues. She also hopes that it will also help save some lives.