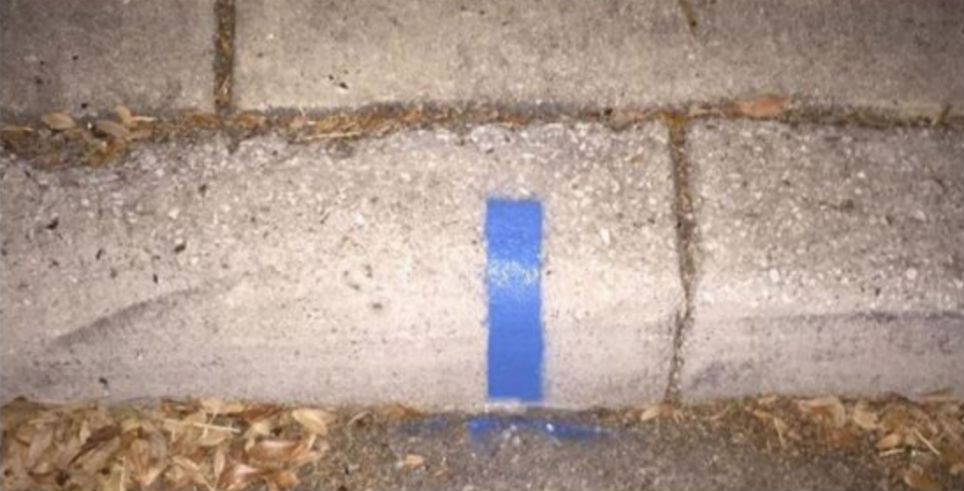 With the unfortunate increase in police shootings in the past year, many people have been taking to social media to share their support for police officers and other emergency service workers. One man, Anthony Welichko, made a powerful Facebook post that has been circulating around the Internet for the past few months.

A "thin blue line" is usually used as a symbol for police officers. It represents the line between a safe, organized society and chaos. Most people believe police officers are an essential part of keeping this line. Welichko decided to use this symbol to show his support for the police in San Antonio, his hometown.

Welichko painted a blue line on the curb outside of his home, and he posted the picture on Facebook with a heartfelt caption. He said, "To all law enforcement who see this line, know that the residents of this home appreciate your service and dedication to keeping the peace." He expressed his gratitude toward the police officers who keep communities safe, and he warned people in his neighborhood against trying to harm an officer.

His Facebook post has now been shared more than 88,000 times. Many blogs have discussed his statement, and people have followed his example and painted blue lines outside their own homes. Over time, his idea will probably spread throughout the United States, and the blue lines may become a well-known symbol of police support. Although it's a simple concept, it sends a powerful message. This is an easy, peaceful, and effective way to tell the police officers in your community that you support them.