This Scam Is Targeting Anyone Who Shops At Walmart 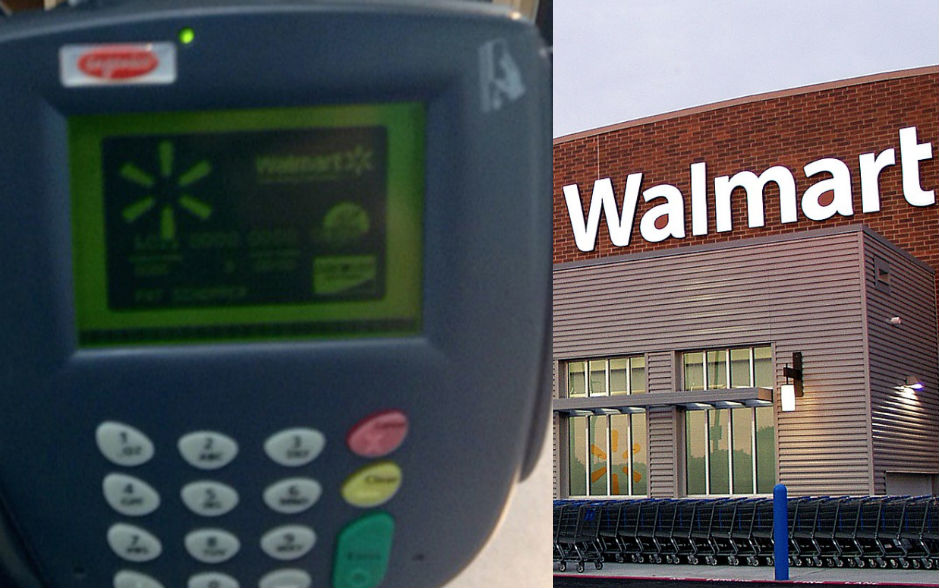 As fast as technology is instituted to make American lives easier and more convenient, criminals are able to develop the technology to create havoc in those same American lives. As a case in point, it was just reported that "skimming devices" had been recently attached to credit card readers at Walmart stores located in Fort Wright, Kentucky & Fredericksburg, Virginia.

Usually reserved for ATM machines and credit card readers in gas stations and convenience stores, this is the first time skimming devices have been discovered in a big box retail environment like Walmart. Skimming has long been a favorite methodology for criminals to use as a means for stealing personal information and pin numbers from unsuspecting victims.

A skimmer comes in two primary forms. One looks like an actual credit card reader. The criminal simply swaps out the devices and starts collecting information. The other form is a smallish device that is easily attached to a credit card reader. In both cases, it is something that is difficult for a normal Joe to spot without the proper training.

The existence of one of these skimmers was discovered at the Fort Worth Walmart after one of the store's asset protection associates noticed the device sitting next to a self-checkout register. After a surveillance camera captured two men installing the device on May 11th, it became apparent that all customers who had used credit or debit cards on that machine over a period of seven days had been victimized.

The same type of activity had previously been reported in the Fredericksburg store back in March and April. As many as 37 local credit union members had used their cards at one of the store's registers and subsequently found large withdrawals from their account from local ATMs.

In both cases, all possible victims have been contacted and told to contact their banks and/or credit card companies for new cards. In response to these crimes, Erica Jones, Walmart Senior Manager of Communications, told reporters:

"First and foremost, we have zero tolerance for any crime against our customers, our associates or our company. As soon as we heard about the possible fraudulent activity in these stores, we took action to protect our customers. We are working with law enforcement authorities to investigate this activity and are taking additional steps to help ensure that our customers’ transactions are safe, including increasing store inspections."

In order to avoid becoming a victim of these type of criminal activities, consumers are warned to be vigilant whenever using their credit and debit cards. Skimmers are very difficult to spot, especially in a public environment where plenty of distractions and clutter occupy the senses. The best course of action consumers can take is to keep an eye out for anything that looks unusual or out of place. By trusting one's instincts, it is possible to avoid becoming a victim of modern technology.