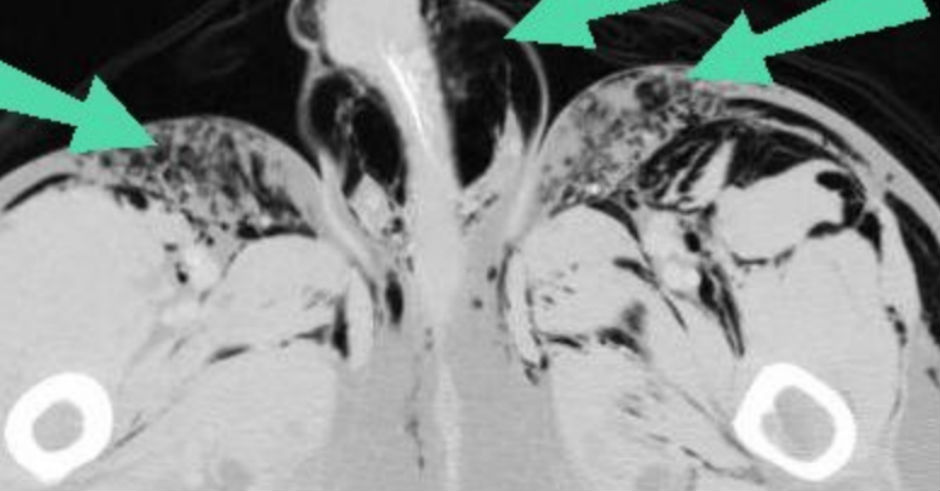 Energy drinks claim to have the ability to replace electrolytes after a workout or give you an energy boost without harmful chemicals. But 26-year-old Mary Allwood found out the hard way that there isn't much truth to those claims.

Because of her addiction to Red Bull, Mary was actually mistaken for an alcoholic when she came into the doctor. Her liver had been damaged severely, and her abdomen was very bloated. She told doctors that she consumed at least 12 cans of Red Bull per day and said that she couldn't function if she didn't drink that much.

Mary reportedly spent about $3,000 per year on the drink. The amount of sugar and caffeine she was consuming each day would be equivalent to 17 bars of chocolate and 15 cups of coffee.

And, as you might have guessed, all that sugar and caffeine was not a good thing. In 2015, Mary began to experience pain in her abdominal region. Doctors discovered that ingesting such a large amount of Red Bull caused her liver to expand to double its size, which put her life in jeopardy.

While she was in the hospital, doctors kept the drink away from her and her addiction slowly subsided after six months.

Today, Mary has lost the weight she gained while addicted to the drink and feels healthier than ever. She also publicly advises people to read nutritional labels before they purchase a certain food or drink because they could contain chemical additives or other substances that negatively affect your health.

Doctors also say that energy drinks like Red Bull should be consumed in moderation and only along with other healthy foods and drinks.