Mom Heard Noises Outside So She Followed Them With A Flashlight, Finds Something Sad 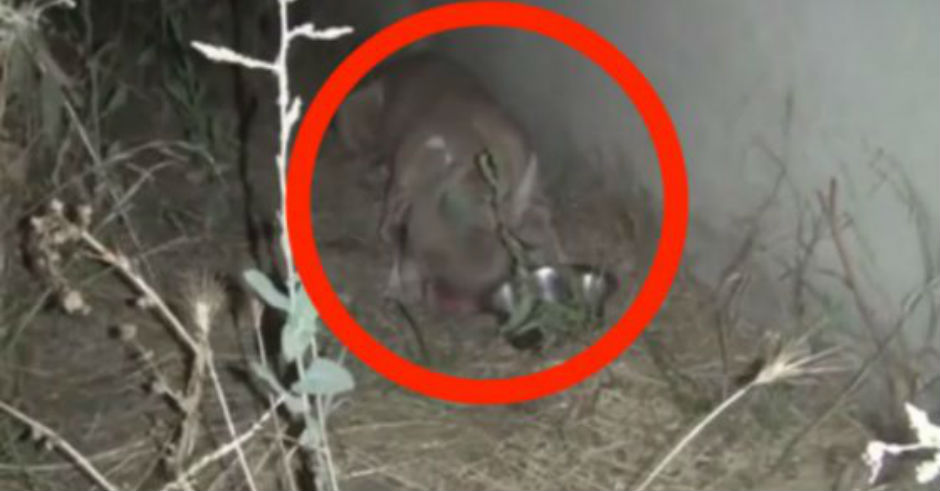 Around nighttime, Lisa Charelli called Hope for Paws about an injured dog walking around a neighborhood. Her friends Jennifer and Dax Grooms followed that dog for a good two hours until it collapsed in a remote alley.

They sat with the dog, which turned out to be female, and gave it some water to calm her down so she could be given a moment’s rest until Hope for Paws officials arrived.

Once they arrived, they approached her and put a leash on her. Despite being seriously injured, the dog willingly accepted to go as it was gentle.

They named her Cadence, who appeared to have been used as a bait dog, a gruesome type of animal abuse connected to dog fights. It took a couple of days to mend all her wounds, clean her up, and fix her badly damaged eyes. During her stay in the shelter, another rescued dog named Chance came up to her and licked her wounds as a gesture of help.

Cadence willingly accepted his love and let her bond with him during her stay. Once she was healthy again and the stitches around her eyes could be removed, Cadence was adopted by Lisa herself and happily adjusted to her new life.