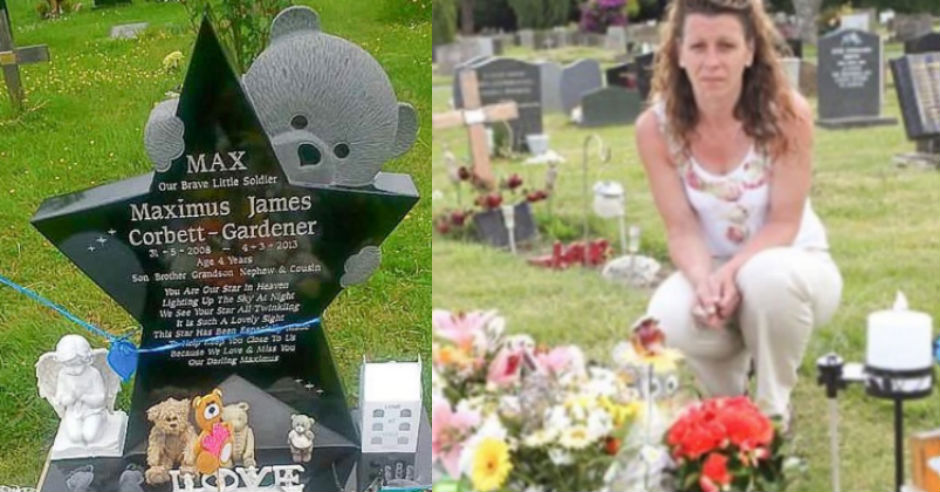 Max Gardener was just 4 when he passed away from complications that came from his severe epilepsy. To honor his life, his mom worked tireless to be able to afford a custom made headstone that had a teddy bear holding a star to pay tribute. She spent $5,000 of her hard earned money for her son’s memory.

When it came time to bury him, he was buried in an adult section of the cemetery to be close to his family. However, just 3 days after he was buried, the headstone was removed. Confused and without any notice she decided to find out what had happened.

That’s when a town council person told her what had happened. They said one family complained that the headstone stuck out too much and did not fit in with the rest of the one’s in the cemetery. The town council also claims if she had gotten prior approval it would not have been removed, or if he was buried in the child’s section it would have been kept.

The town says they are currently working with Max’s mom to find a new headstone design that’s allowed in the area that max is buried.